Wooohooo so much time has passed since the last post. But I wasn't inactive :) I still worked on my Dark Elves Army and it gets bigger and bigger.

Tomorrow the new Dark Elves Modells will be released. I got my models on tuesday and since then I always removed moldlines and glued something :). Now I'm fed up with gluing and really want to paint something!

What the new models in my Army since the last post?

This is the current Army 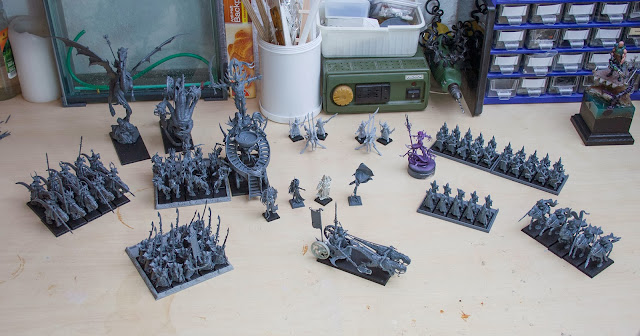 Which models will come the next weeks? I still have 3 more packs of Dark Riders and I will build 5 additional Dark Rider and 10 Doomfire Warlocks out of it. Then a second Cold One Carriot. Maybe the version with the Bold Thrower I don't know we will see. And at last 30 Black Guards. I think my Army is finished by then.

The most problems with units I had was the Cold One Knights. I still build up a few of them in the past but I never had such problems as with the new boxes. I think the molds are too old so you have a really bad fitting of the single parts and a lot of work to fill this gaps. 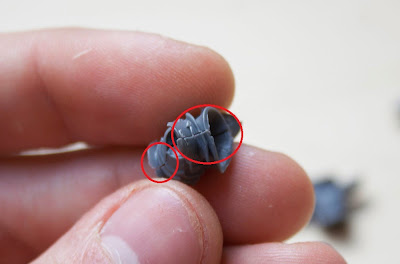 Here is the finished unit, but I still have around 1-2 hours of work to fill the armor gaps as you can see on the upper picture. 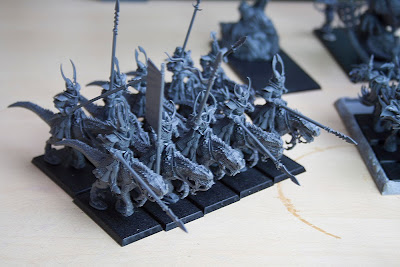 In my opinion the Executioners box is the best of all new Dark Elve releases. Maybe not for playing but you are more flexible to build up the models. And they look great!!! 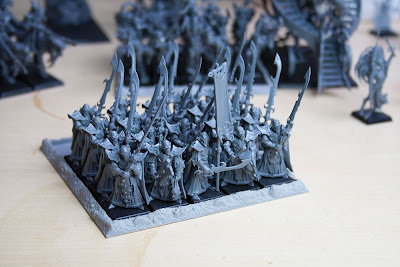 The Dark Riders nothing wort to say about this models ^^ 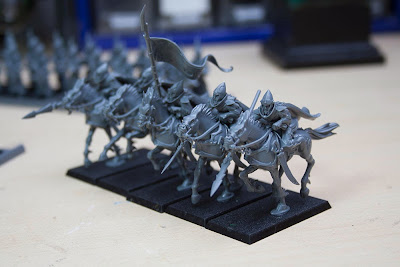 And now to a little conversation of my Cold One Carriot.

GamesWorkshop....WHY YOU BUILD A UNDRIVABLE DUMB CARRIOT??? One wheel? Ok maybe not completely undriveable, but in my opinion this is no carriot. I would shit in my pants if I drive in this carriot over a battlefield and fight against an enemy. But I think the most enemies die because of laughing about my SUPER ONE WHEEL CARRIOT before I can hit them.
Ok what ever, I had to build it in my own version 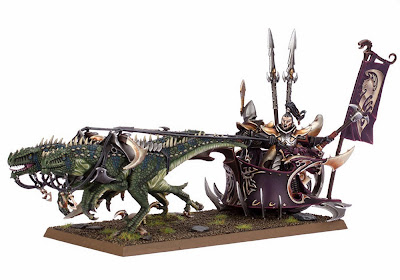 First of all I removed the middle part for the wheel with a nipper. After that I glued a small plate out of plastic card OVER the place for the wheel. The next step was to creat 3 holders for the axis. One holder in the center and two at the carriotbody. At the end I fill up the little gaps with some Green Stuff.
After that I created a mold for the second wheel and made a copy of it. Now I have a really nice Carriot :) 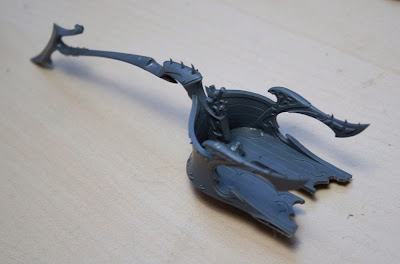 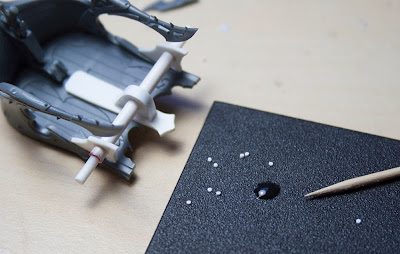 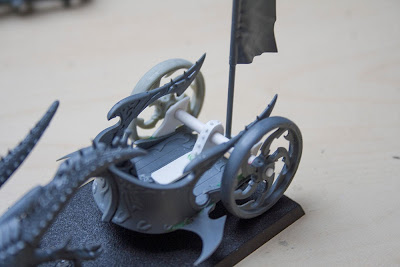 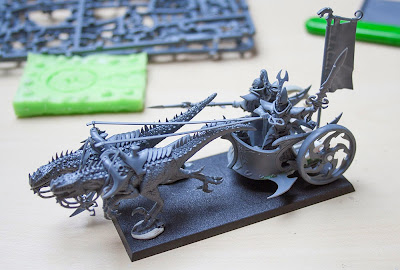 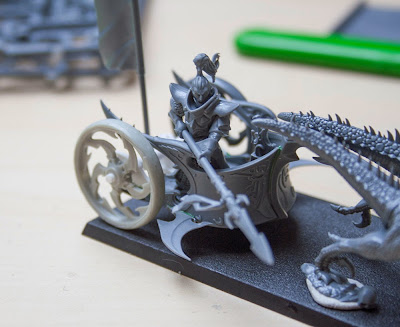 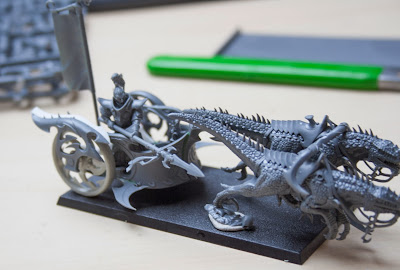 The only thing I still think about is my Carriot "fender" I have build one but I actually don't know what's better. With or without fender? What do you think? With this question I finish my post and wish you all a nice weekend!

Here we present the everyday insanity, the daily life of a Wargamer/Painter with all its facets * g *


We want you participate in our projects and ideas and we hope to inspire and entertain you out there a little bit.

With the friendly assistance of

Get this Recent Comments Widget